Gross Domestic Product, GDP – GDP is a standard measure of the total monetary or total market value of all the final goods and services produced and sold (not resold) by a country in a specific time. It is a standard reference point for checking health & wellness score of a country economy. According to the Economic Co-operation and Development (OECD) defines GDP as “an aggregate measure of production equal to the sum of the gross values added of all resident and institutional units engaged in production and services (plus any taxes, and minus any subsidies, on products not included in the value of their outputs)”.

An IMF publication states that, “GDP measures the monetary value of final goods and services—that are bought by the final user—produced in a country in a given period of time.

GDP is a powerful statistical indicator of country development and progress. It is an indicator of economic progress in a broader sense. This parameter alone can’t be used to measure the cost of living and the inflation rates of a country. This is more useful in comparing national economies.

GDP Per Capita – Gross Domestic Product (GDP) Per Capita shows country’s GDP divided by its total population. It is a country’s economic output per person, it can be linked to country’s standard of living but this is not the exact right parameter for calculating the same because it doesn’t reflect differences & variations in the cost of living and the inflation rates of the countries. For this purpose “GDP Per Capita PPP (Purchasing Power Parity)” is more ideal for comparing living standards between nations.

GDP Per Capita is also called as the Mean Standard of Living. It is generally calculated for a certain period of time, usually one year. Country’s wealth is divided among its population to find GDP per capita. GDP per capita can act as a metric for determining country’s economy per each person living there. Rich countries have high GDP Per Capita especially if they have less population. 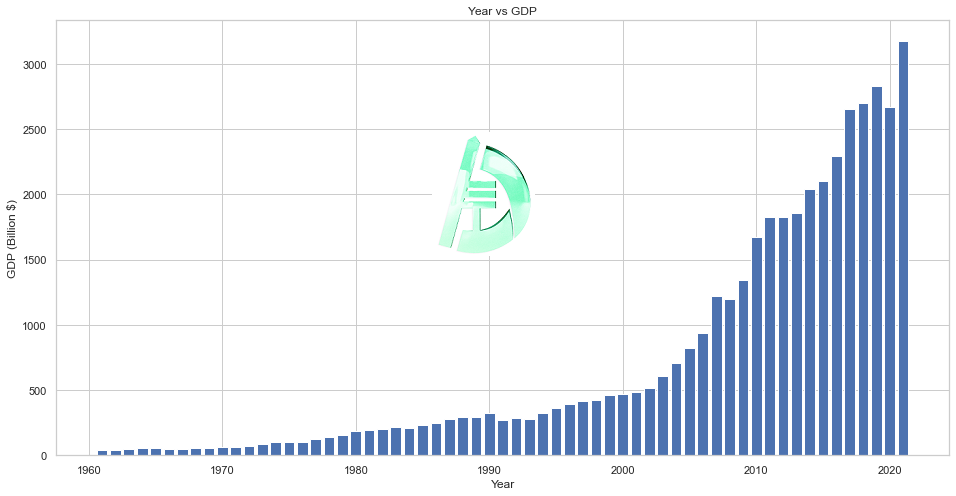 As you can see from the above graph, GDP of India grows very slowly from 1960 till 2002. Starting from year 2003, it grows gradually with more pace & consistently. From year 2010, it further speedens up and consistently maintaining a good growth speed.

“Economists pointed out that real GDP was only ‘a subdued’ 1.5% higher than pre-COVID levels and ascribed the lower than projected full-year growth to the effects of the Omicron variant of COVID-19, high commodity prices and inflation as well as data corrections for the first half of the year”. 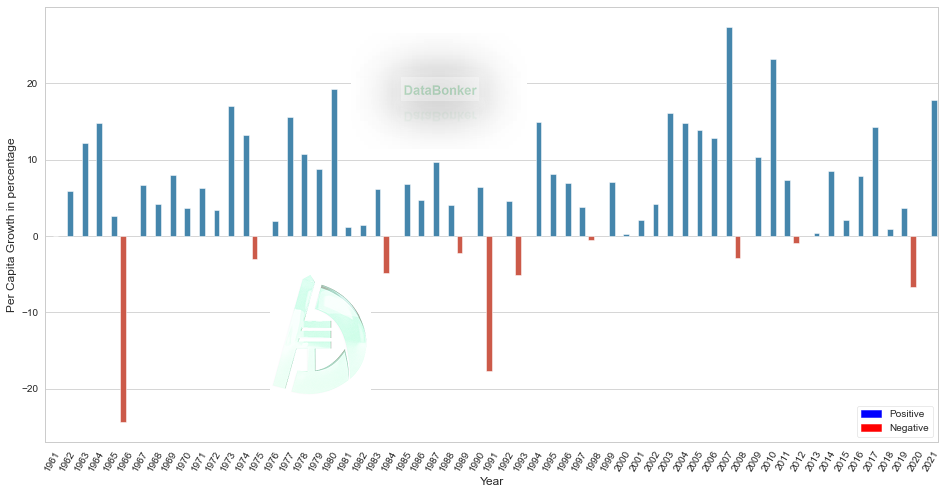 Above graph shows the inconsistency in terms of “GDP Per Capita” growth in India for the last 60 years. There are many ups and downs.

Hope you liked it. You can explore our Knowledge Base on Technology & Data related topics here –

No comments to show.